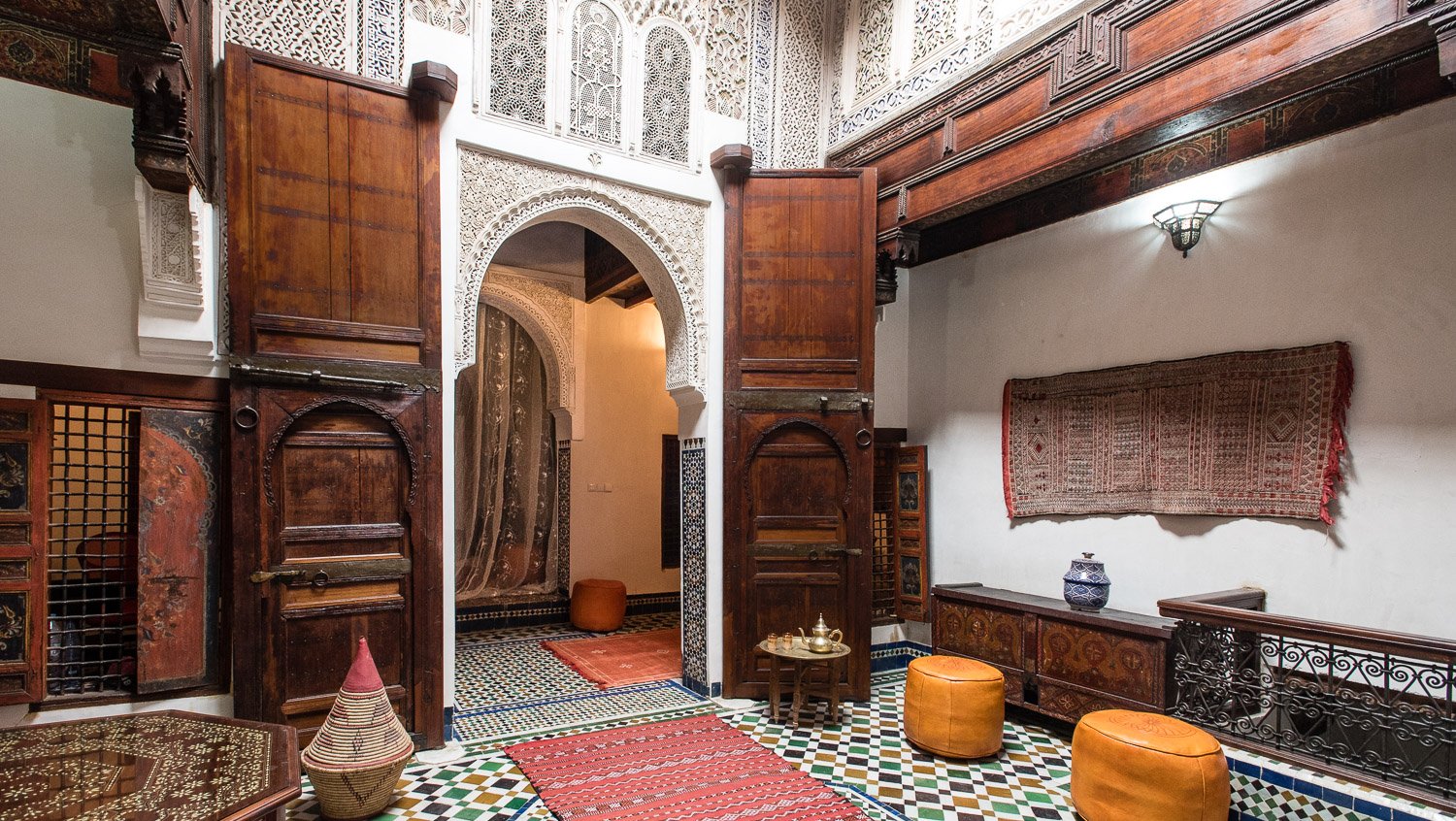 The courtyard is a dominant feature in Islamic architecture and the centerpiece of a dar. At Dar Borj Dahab, original plaster carving highlights a living space with nested arches that unify the Moroccan salon and adjacent sitting room and bedroom. We commissioned new carving to top the arches and courtyard pillars in the same style as the original plasterwork. We wanted to bring the work of Moroccan artisans into every part of our home.

The ceilings and halka–a large opening that brings light and fresh air into traditional buildings–were already painted with intricate motifs. We had the painted designs cleaned, and in places where they had faded almost to oblivion, retouched. The result was as though a beam of light was now directed at the historic paintwork.

We relocated a decorative interior arch, aligned it with arched doorways, and refreshed the ironwork and Iraqi glass of interior windows. On the mezzanine level overlooking the courtyard, we built a second loft built to match an existing one above the small salon. Both lofts feature now wooden screens, or masharabbi, panels.

The sure touch of Moroccan artisans 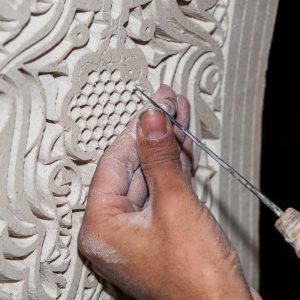 We re-purposed a hallway and built in a full bath with shower. We used marble tiles found in the courtyard to floor the bath and installed a half bath on the mezzanine. In both rooms, we lined the walls with zellij that mimicked the tilework along the bases of the salons.

Delighted with the beauty of a zellij carpet we had uncovered in the courtyard, we commissioned a second one, within an octagonal border that traced the shape of the opening overhead. We replicated many of the features for the suite downstairs.

This site uses Akismet to reduce spam. Learn how your comment data is processed. 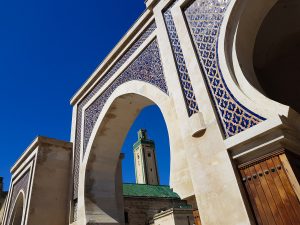 The View from Fez